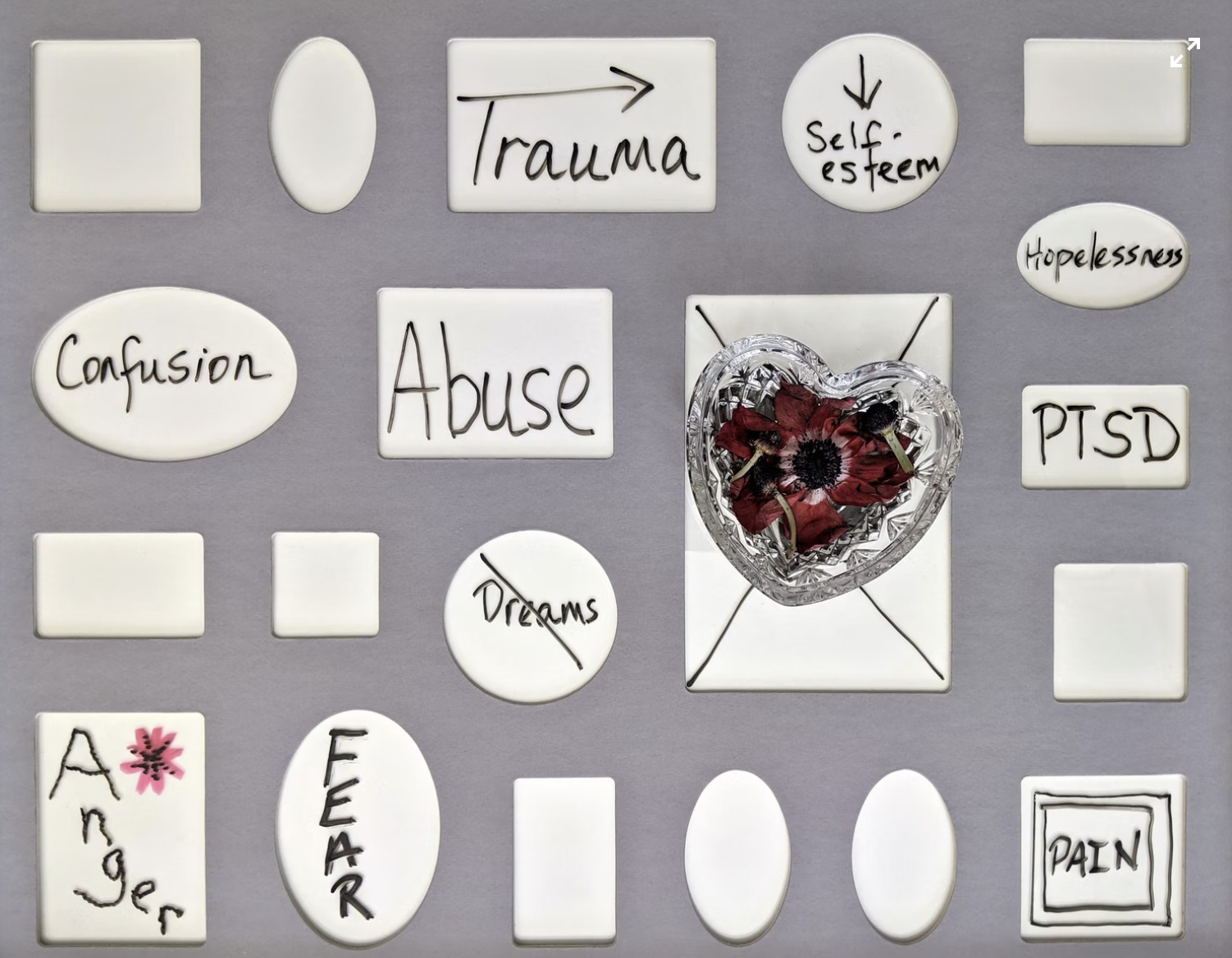 What is Complex- PTSD? Understanding C- PTSD and Steps to Healing

Complex Post-Traumatic Stress Disorder (C-PTSD) is less commonly known than Post-Traumatic Stress Disorder (PTSD). C-PTSD develops from an ongoing stressful environment during development or any long-term stressful environment (e.g., abusive relationship(s), trauma from how you identify or your sexual orientation, or having a narcissistic boss). Traumatic households breed C-PTSD. If you grew up in, or have found yourself living in, a chaotic environment for a long time where you experienced abuse and neglect you may have C-PTSD.

Read this article and learn more about what is Complex PTSD.

How is Complex-PTSD different from PTSD? 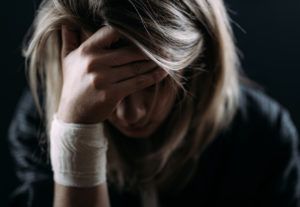 PTSD typically stems from one traumatic incident, such as being in a severe car crash or being assaulted. Any experience that made you feel close to death can lead to PTSD. C-PTSD is different in that the individual who has it was exposed to repeated trauma either because they grew up in it or lived in a traumatic environment for a long time, so there was constant trauma over an extended period of time.

C-PTSD is very similar to PTSD. However, the symptoms of C-PTSD can be more severe. An individual with C-PTSD might experience: emotional flashbacks, self-abandonment, harsh inner criticism, and social anxiety.  Emotional flashbacks are different from other PTSD flashbacks because there usually aren’t specific images or memories but a feeling state that a person reverts back to. A flashback may happen during a time that mirrors something in your childhood, thus the emotional state from back then gets triggered in you now. An adult feeling like a helpless child despite having tools or being in a different environment is an example. Unfortunately, because of our childhood trauma, our brains can’t decipher that the situation is different in order to access the tools in the moment.

The trauma incurred in an upbringing could lead to harsh inner criticism which involves judging yourself negatively, potentially from never being good enough for your caregivers. Additionally, this environment leads to social anxiety as in feeling afraid of social interactions. Lastly, Self-abandonment might look like codependence, someone who abandons themselves and their needs to serve others.

When a person experiences trauma, they tend to overuse one or more of these responses because they are in constant stress as nothing feels stable. The trauma has taught them to be vigilant at all times; Thus, having an overactive stress response. Some people may have a go-to stress response in relation to their trauma. Most people however engage in all of the responses. Sometimes there are two main pairings of responses that one might employ. For example, a fawn-fighter subtype, might be categorized as someone who would be aggressive in their caretaking, becoming angry if one rejects their help.

Case example of an environment that breeds C-PTSD:

TRIGGER WARNING: The content of this case may be triggering to some readers.

Carlita’s parents divorced when she was 2 years old. Her mother, Maria, has never sought mental health help but almost certainly suffered from Malignant Narcissistic Personality Disorder. She was emotionally and physically abusive in her marriage and Carlita’s father, Miguel, suffered injuries from the abuse. Miguel was hardly at home and could be categorized as a workaholic. After Carlita’s parent’s divorce, she became her mother’s target for abuse and a scapegoat for her mother’s bad behavior. A scapegoat of the family is blamed for the faults of others. She initially strived to please her mother but no matter how good Carlita was, she was always bad according to her mother.

The physical and emotional abuse that Carlita incurred was constant. She was not permitted to appear sad though she was deeply depressed. Maria had said to Carlita: don’t look so sad, you make me look bad.” She could not get to school due to feeling depressed and anxious. Her mother saw her frequent absences as “proof” of her being a “bad” kid. Maria additionally abused drugs and would spend days at a time at her boyfriend’s house. This left Carlita and her younger brother, Roberto, alone to fend for themselves. She had a string of boyfriends, some of who were cruel to Carlita and at times sexually abusive.

Carlita and Roberto had their physical and emotional needs neglected. Neglect of physical needs involves a parent not providing adequate nutrition, clothing, shelter, hygiene, or medical care. For example, they would come home from school in dirty overworn clothing and not have any food in the house to eat for dinner. They would often have to resort to going to a friend’s house for food. Emotional neglect involves a parent not attuning to or caring about a child’s relational and emotional needs such as ignoring them if they are upset or invalidating their feelings. For example, Carlita suffered from severe depression which was ignored and met with extreme anger instead of bringing her to a mental health professional.

Friends and family didn’t believe Carlita when she tried to tell them about the abuse. The people around her invalidated her because Maria could be charming and pretend to be kind. This was additionally traumatizing and made Carlita second guess her reality. She was also gaslighted (manipulated psychologically to question her reality) by both her mother and father. Her father told Carlita that her situation was not that bad and told her that she was the problem. Her mother also told Carlita that she was the problem and had a bad personality.

As an adult, Carlita has a hard time being herself and expressing her true emotions since it was never safe to do so in her household growing up. She frequently has emotional flashbacks. It is common for her to go into a depressive state and isolate for months, which could be seen as a freeze response. Additionally, she utilities a fawn response when she feels threatened and thinks that saying no in the situation is too dangerous and will say yes. She is a fawn-freeze type who is vulnerable to bullies who scapegoat her due to fawn/freeze being the most passive adaptations. She engages in other states but not as often. For example, if Carlita feels betrayed, she will go into a fight trauma instinct and will rage destructively or might revert to flight states by escaping into addiction.

Carlita’s Fawn-freeze strategy makes her especially susceptible to abusive relationships. She has never had a healthy relationship and has a history of dating Narcissists who abuse her. Her ability to accurately determine someone’s character is compromised due to how much abuse she experienced growing up, which was her normal. As such, her threshold for abuse is much higher than someone who has never experienced abuse. In other words, abuse is normalized to her. Carlita appears blind to otherwise obvious warning signs such as excessive jealousy, possessiveness, and controlling behaviors. Due to her upbringing she falsely feels safe with someone who is controlling and possessive because it makes her feel wanted. Carlita often fails to recognize the effect her relationships are having on her until it is too late and she is either physically/emotionally abused and/ or cheated on.

Carlita has battled a harsh inner critic for what feels like her whole life. Anything short of “perfection” may cause a spiral into self-hatred. She often has suicidal thoughts. Her self-hatred made it difficult to feel comfortable around others. As a pre-teen/teen, She was painfully self-conscious. Eating in front of others was a struggle for her and she often did not have lunch at school due to anxiety and also not having money.

The constant messaging received by Carlita such as not having good personality, being “bad,” and never being good enough, led her to feel toxic shame. This toxic shame makes it difficult for her to let people truly see her and experience true emotional intimacy.

At times, Carlita has trouble believing in her perspective due to the gaslighting she endured by the adults she was surrounded with growing up. For example, Her parents convinced her she is the problem and was not enduring neglect and abuse when in fact she was neglected and abused and her parents were at fault. When in an abusive relationship, the abuser easily convinces her that she is the problem due to her harsh inner critic and her inability to trust in her perspective.

I think I have C-PTSD, how do I begin healing?

First, validate and acknowledge your motivation for change! Think about that freeze state that too often individuals with C-PTSD get stuck in. Next, it’s important to set expectations for this process. Although you didn’t ask for this life and the experiences up to this point, they are a part of you. Some of your past traumas cut deep. That said, the healing process needs to be slow, exploratory, and never rushed. Expect healing from C-PTSD to be a long process. You will definitely experience a sense of relief and control but you may also fall back and regress along the way. The ups and downs are all part of the healing process. The key things to focus on are challenging your inner critic and developing higher self-esteem and a good sense of Self.

Suggestions for the start of your healing journey:

Care for Your Body

I hope this article has given you some clarity if you relate to the common symptoms of C-PTSD and grew up in an abusive/ neglectful environment. C-PTSD is often misdiagnosed as various other disorders. C-PTSD is not currently in the Diagnostic Manual providers use to officially diagnose certain disorders. If you suspect you have C-PTSD it would be highly beneficial to work with a therapist to aid in challenging your inner critic and establish stronger boundaries in your relationships. If you are interested in working with a therapist to work through childhood trauma or an abusive relationship, give us a call at (267) 495 4951. Contact The Better You Institute today.